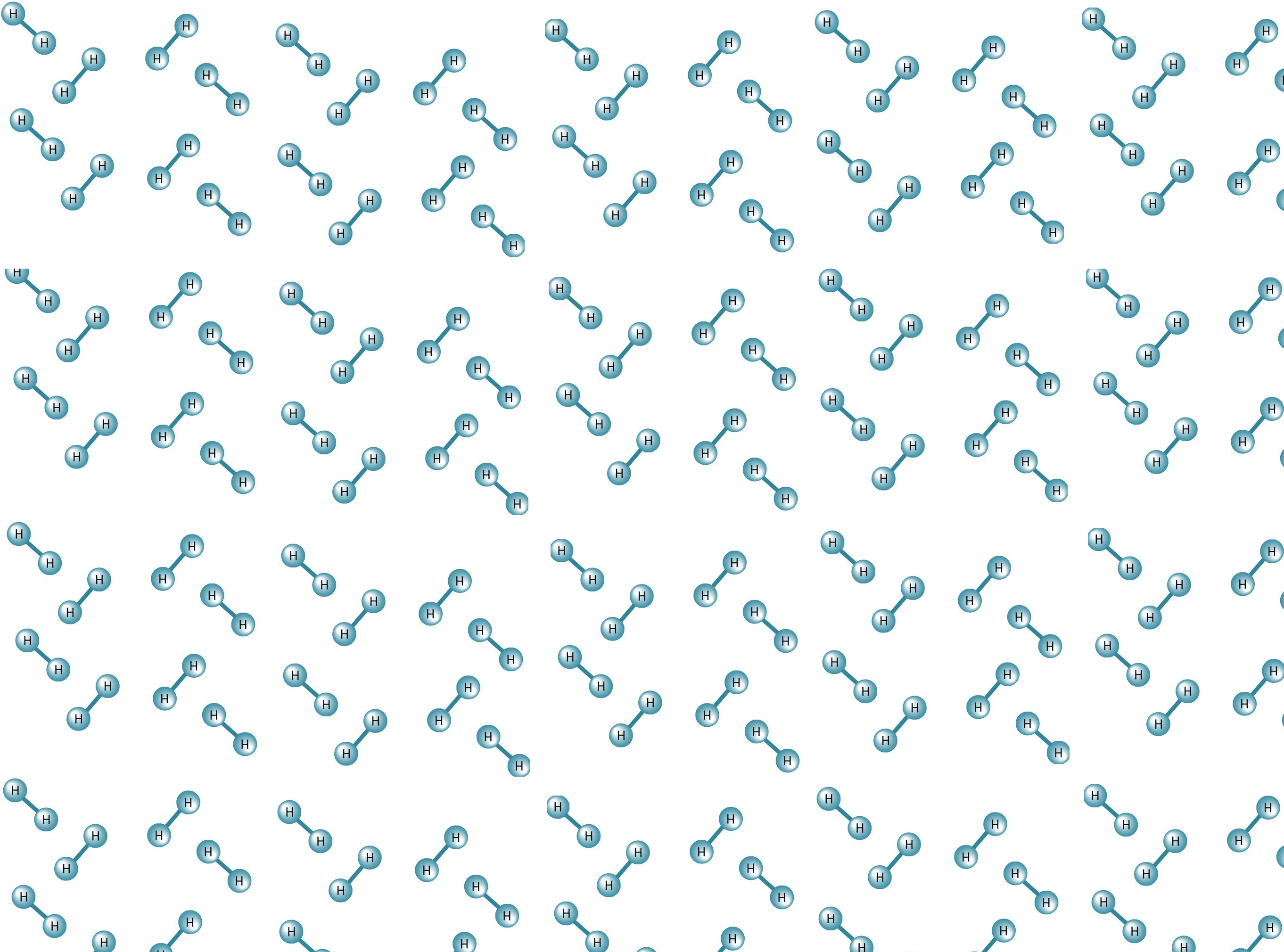 Fuel cells are now being adapted for a wide range of power needs – everything from powering the grid to providing us with wireless energy for mobiles and laptops.

What is a hydrogen fuel cell?

Consisting of a single electron orbiting a single proton, hydrogen is the simplest element in the universe – but this simple element can release almost three-times more energy than natural gas. The fact that hydrogen fuel comes with zero carbon emissions (its only by-product is water and heat), has made it the focus of clean energy pioneers everywhere.

Until recently, hydrogen fuel cell technology was considered to be a future energy source, and it seemed as though it would remain slightly beyond our reach. But the future is here and fuel cells are now being adapted for a wide range of power needs – everything from powering the grid to providing us with wireless energy for mobiles and laptops.

The future is now

Fuel cells are hardly a new technology. The first fuel cell was invented in 1839. Over time, the technology has been slowly adapted for numerous uses. In the 1960s NASA started using fuel cells in space missions, drawing on hydrogen fuel as a way to both power space operations while also supplying the crew with clean, drinkable water. By the 1990s large stationary fuel cells were developed for commercial and industrial locations, effectively moving the technology out of military use and into industry.

While the industrial sector is, by far, the largest user of hydrogen fuel, fuel cells are beginning to find niches in the consumer electronics market, and the automotive sector is making the most headway with utilising hydrogen fuel cells. Fuel cell vehicles (FCV) caught public attention with the launch of the Toyota Mirai in October 2015, and earlier this year Toyota unveiled its FCV Plus at the Consumer Electronics Show in Las Vegas. Other car manufacturers have also been active in utilising hydrogen fuel cell technology, with Hyundai, Honda, Audi and BMW all announcing FCVs.

As noted by Andrew Hinkly, Executive Head of Marketing for Platinum at Anglo American, the leading supplier of platinum used in fuel cells, “there is a limit to the extent to which tailpipe emissions from internal combustion engines can be further reduced. To meet emissions targets, electrification of the power-train (engine of the car) will have to occur. Studies show the use of zero emissions Hydrogen Fuel Cell Electric Vehicles (FCEVs) will increase as more stringent emissions targets drive technological change in the automotive industry.”

In reality, the automotive industry is actually behind other sectors when it comes to utilising fuel cell technology. But the automotive industry is raising the profile of hydrogen fuel cells, increasing the value and legitimacy in the consumer electronics market. At CES – the Consumer Electronics Show – Intelligent Energy showcased a range of iPhones and laptops with a hydrogen fuel cell.

Commenting on the uses of fuel cells today, Chris Dudfield, Product Development & Engineering Director at Intelligent Energy, said, “Fuel cell technology can provide renewable energy to users across the value chain, from distributed power generation to zero emissions vehicles, there are opportunities to use fuel cells in a vast range of commercial applications.”

‘Hot’ fuel cells, so named because of their higher operating temperatures, are well established and are being used in larger applications. In South Korea, the home of the world’s largest fuel cell power plant, fuel cells are already playing an increasingly important role in supplying energy to the population. The plants in South Korea make use of the DFC3000 systems; as stationary power generators, these systems are excellent, particularly for their combined head and power (CHP) applications. The heat produced from these systems can be converted into additional electricity or used for other purposes. Relatively small and astonishingly quiet, fuel cell plants are highly efficient and can be placed in urban areas.

Fuel cell technologies, though a greener alternative to fossil fuels, are not entirely rare-resource independent.

“Platinum is one of the most effective and durable catalysts, enabling chemical reactions, which is why it is used as a catalyst in fuel cell technology. This durability is one of platinum’s best selling points, and sets it apart as the only material that can facilitate powering FCEVs with high varying temperatures. FCEVs use platinum and palladium as their hearts and the platinum used within them is almost completely recyclable,” commented Hinkly.

The use of platinum does, however, pose a question of sustainability. Professor Kevin Kendall, a materials science engineer and lead researcher into fuel cell technologies at the University of Birmingham, stated,

“Hydrogen fuel is an excellent alternative to traditional fossil fuels, but the hydrogen aspect of a fuel cell can be something of a diversion – a lot of these fuel cells use platinum, and this is not a particularly cheap or renewable material.”

Additionally, Professor Kendall addressed the low carbon emissions of fuel cells, “Hydrogen fuel cells are almost zero-pollution and have no particulates associated with them. However, when we look at where the hydrogen fuel is actually coming from we can see that a significant amount of hydrogen is being made through natural gas reforming – a process that does have CO2 (carbon dioxide) waste. We may just be displacing carbon emissions, spreading them out across the country, instead of actually lowering them. ‘Green Hydrogen’ is the way forward.”

This could become an important point as fuel cell technologies find their footing across end-user markets. The use of fuel cells may not have the significant impact on fossil fuel reliance that many hope it will bring. Vendors in the industrial gases industry will need to address this situation and not give in to the temptation of reforming cheap natural gas.

The issue of natural gas reforming aside, hydrogen fuel cells offer a real – and very tangible – clean energy alternative. “The signs point to hydrogen fuel cell technology being a disruptive force that transforms the industry and propels us towards a low-carbon future,” Dudfield stated, adding that “cost reduction is obviously a key driver for the fuel cell industry as it continues to commercialise.”

Broad adoption of particular hydrogen fuel cells is helping to standardise the technology. The hydrogen fuel cell market is now in a position to offer scalable energy solutions across different market segments.

In 2015 it was estimated that the value of the global fuel cell industry was between $5bn and $15bn annually; this figure will likely grow over the coming decade due to the increased demand for energy and the new importance placed on clean energy. Dudfield noted how this is impacting on the consumer market, “With greater public awareness of the potential benefits of fuel cells, we are seeing a growing demand from consumers and businesses who want to be able to take full advantage of this technology.”

We will see other markets – particularly in Europe, where the EU is looking to diversify its energy supplies away from Russian natural gas – look towards fuel cell technologies to supply the grid as well as power cars and personal devices. South Korea plans to produce 11% of its energy from new and renewable sources by 2035 – and hydrogen fuel cells will play an important role in meeting this target.

For the benefits of hydrogen fuel cells to accrue, the supply chain must address the challenge of creating innovative ways to meet the demand for hydrogen fuel. Having a hydrogen-fuelled economy in the future will require the supply chain and industrial gases industry to overcome the major hurdles related to production, storage, and distribution, and builds the infrastructure critical to supplying hydrogen fuel.

Hydrogen fuel cells are quickly becoming one of the most important solutions available to meeting energy demands in an efficient, environmentally sound way. In the future we will see hydrogen fuel cells in almost every area of the market – from our power stations to our laptops.