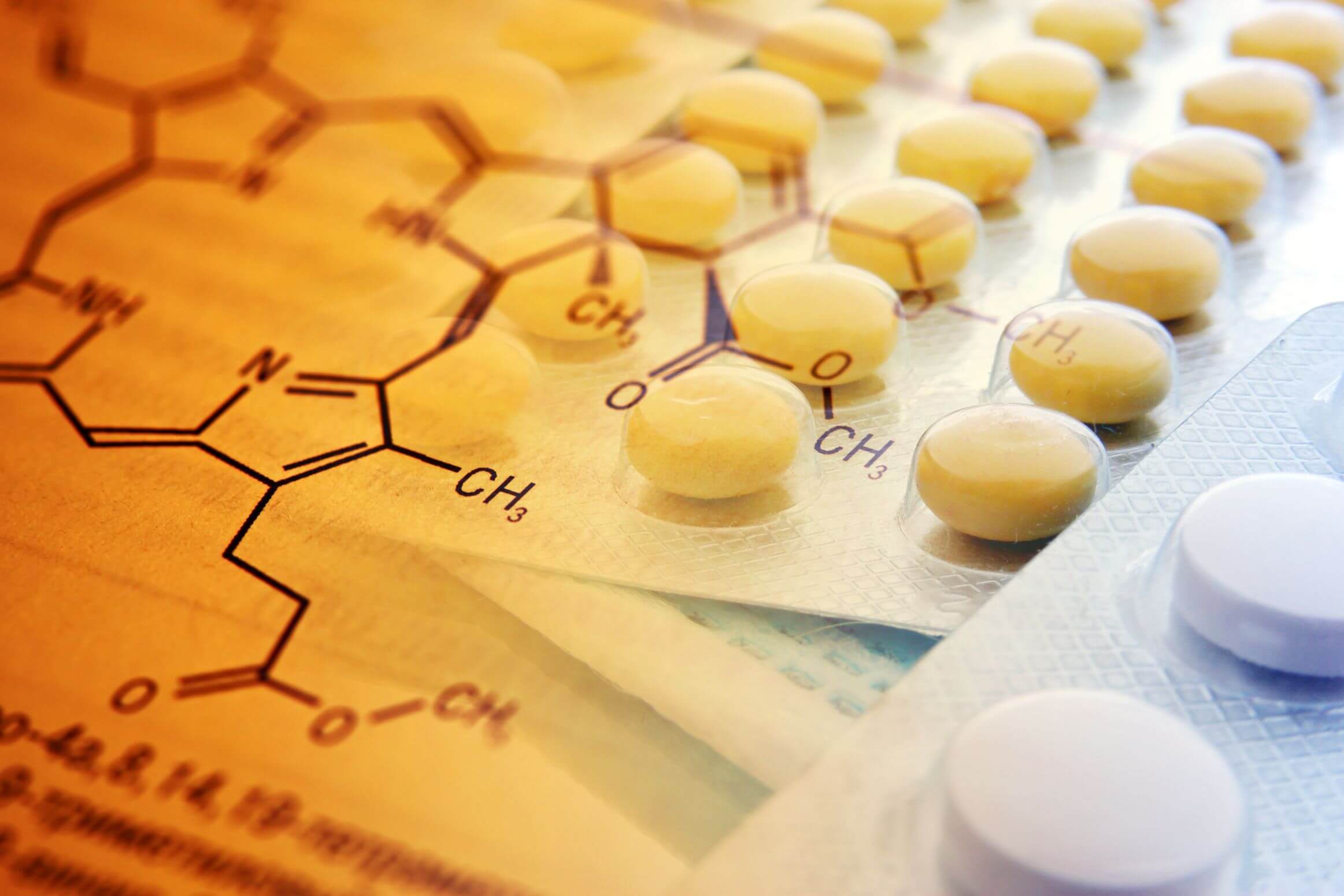 Nitrogen gas is commonly used in a broad range of pharmaceutical manufacturing processes, and it is a critical component in the manufacturing of modern drug formulations.

The inert gas protects the reactants and products from oxygen and/or water vapor to avoid degradation, and it is frequently employed to move a reaction mixture from one vessel to another. In many facilities, nitrogen is obtained from an outside supplier that generates it via the fractional distillation of air. Many fractional-distillation facilities are designed to generate oxygen for a broad range of basic industrial processes such as the smelting of iron ore, metal cutting, welding, and chemical reactions with nitrogen is obtained as a secondary product.

Nitrogen boils at –196 °C (–320 °F) and must be pressurized and/or liquefied to transport it to the desired location using specially designed containers. Refrigerated trucks are used to deliver the gas to the end-user’s facility on a routine basis, and the gas is then stored on site. If the fraction-distillation facility is relatively close to the end-user’s site, the transportation costs are relatively low. In many cases, the end-user’s facility is distant from the fractional-distillation site, and transportation costs can dramatically increase the overall cost of the gas. Fractional-distillation facilities are typically located near major industrial facilities in urban areas. Because pharmaceutical manufacturing is labor intensive, many facilities are located in lower labor-cost areas that may not be in close proximity to a fractional-distillation site. Thus, the cost of the providing nitrogen to the facility may be extremely high (e.g., nitrogen provided to islands located in the Caribbean basin is generated on the mainland and shipped to desired location). Because fractional distillation and the transport of nitrogen may not be a cost-effective approach for supplying the gas to some facilities, other approaches may well create dramatic cost savings. This paper describes the use of in-house generation of nitrogen via pressure swing absorption methodology for providing industrial-scale quantities of nitrogen and explains how it can provide a cost-effective approach. In addition to the cost savings, in-house generation of nitrogen provides significant environmental benefits.

A pressure-swing adsorption (PSA) generator is used to separate nitrogen from oxygen under pressure on the basis of the preferential adsorption and desorption of oxygen on a solid surface. Pressurized air is passed through a vessel packed with a molecular sieve such as activated carbon or zeolite that absorbs oxygen while the nitrogen is allowed to pass out of the vessel. Once the molecular sieve is saturated with oxygen, the pressure is lowered and the gas that has been trapped is released to the atmosphere. Because very small particles are employed, the surface area is quite large and the molecular sieve has a large capacity.

A molecular sieve such as activated carbon (e.g., charcoal) has a very large surface area available for adsorption and is extremely porous. Due to its high degree of microporosity, 1 g of activated carbon may have a surface area in excess of 500 m2 (equivalent to the area of about 2 tennis courts) as determined by nitrogen gas adsorption.

To obtain a continuous flow of nitrogen and maximize system utility, two vessels are connected in parallel so that one vessel is providing nitrogen to the system while the other vessel is being regenerated. In addition to producing essentially continuous nitrogen, the use of two adsorbent vessels allows for pressure equalization, in which the gas from one vessel is used to pressurize the other vessel, reducing the overall cost of operation.

An in-house industrial-scale PSA system can be precisely customized to meet the specific needs of an application.

These features are described below.

An energy-efficient control system. If the demand for nitrogen decreases, the time for the production cycle increases. This leads to a longer period between desorption steps, which reduces the amount of energy required to compress the feed stream. An additional benefit is that the seat life of the process valves is extended as they are not cycling as frequently.

Optimal bed-size ratio. The length-to-diameter ratio of each bed is sized to provide superb performance. This prevents feed-gas channeling, which leads to an inefficient separation.

Flanged bed covers. The CMS bed is accessed via an ASMEflanged cover to allow for rapid reloading of the vessels (some systems use welded covers). The use of a flanged cover for the chamber makes it easier to access the PSA bed as the cover can simply be lifted by an operator. If, however, the cover is welded on, it is necessary to undo the weld and then reweld it in position.

Advanced valve design. A valve leak-check system is incorporated in the valve to determine valve-seat health without having to remove the valves from the system. The valve leak check can be performed in less than 10 min.

Standby mode. If nitrogen is no longer needed (e.g. the storage tank is full) the system will automatically shut down and turn off the compressor, saving power and reducing wear and tear on the system. Once the system determines a need for the generation of additional nitrogen, it will automatically start back up and seamlessly resume nitrogen production.

A dual-bed nitrogen-generation system can operate on a 24-hour, 7-day basis with a minimum of user interaction. Once the operational parameters are established, the system automatically responds to changes in the nitrogen demand to minimize power consumption and valve usage.

A significant benefit of an in-house PSA system is that an extremely low amount of maintenance is required. System maintenance involves periodic checking and replacement of filter cartridges (if necessary), checking and repacking the valves, and changing the oxygen analyzer fuel cell. In normal operation, the system’s filter cartridges are checked every three months and replaced every six months. The valves are checked every six months and rebuilt with new O rings annually. The oxygen analyzer fuel cell should be replaced every year.

Although the base cost of nitrogen generated via fractional distillation may be quite low, the overall cost of supplying the requisite gas to a pharmaceutical manufacturing facility may be significantly higher due to transportation issues. As an example of this point, the relative cost for bulk liquid nitrogen on an island such as Puerto Rico (which has a very limited local supply of bulk liquid nitrogen) is significantly higher than in an industrialized, metropolitan area such as New Jersey.

In addition to the transportation costs, the end-user of nitrogen generated via fractional distillation must include a broad range of additional costs such as the acquisition and maintenance of the storage facility, pipes to get the gas to the final location from an external storage tank, loss of nitrogen due to venting of the storage tank, as well as the paperwork and time required for purchasing activities. In contrast, the running cost of a PSA nitrogen generator is quite lower because electricity for the compressor and replacement parts is all that is required.

The return on investment that can be expected from a PSA system for the generation of nitrogen is dependent on a variety of factors and is typically less than two years; in some cases the system pays for itself in a year or less. In a typical facility, the cost to generate nitrogen via a PSA generator is less than $0.15 per hundred cubic feet (CCF). This includes annual maintenance costs, replacement parts and electricity. In comparison, the average cost of liquid nitrogen in areas where it is not readily available, or if the facility is captive to a single supplier, can range up to $1 per CCF.

An additional economic benefit of the use of an on-site system for the generation of nitrogen is the fact that the user is assured that the gas will be available when required. In contrast, obtaining nitrogen from an external source involves the risk that it may not be received when required due to problems at the external source or transportation difficulties, which could lead to a costly manufacturing delay.

When an in-house PSA-based nitrogen generator is employed, the nitrogen that is generated is at the pressure and flow rate that matches the requirements of the process. In contrast, when nitrogen from fractional distillation is employed, the external storage tank may hold several hundred liters or more, depending on the individual circumstances, of pressurized liquid nitrogen at –196 °C (–320 °F).

A leak in the tank or the piping that leads to the reaction vessel could create significant problems from the rapid evaporation of the liquid. A leak could possibly cause displacement of the air and reduce the oxygen required for breathing. In addition, if an employee came into contact with liquid nitrogen, serious burns could occur.

Pharmaceutical companies periodically test incoming materials from outside suppliers to ensure that they meet specification and avoid the possibility that the material will create problems in their manufacturing process. As a result, many test the liquid gas being delivered. When a PSA nitrogen generator is employed, the user has complete control of the purity of the gas, and the system’s on-board oxygen analyzer provides a continual check of the oxygen content.

An in-house nitrogen generator based on the pressure swing-adsorption technique requires considerably less energy and therefore has a considerably lower carbon footprint than fractional distillation of air and transportation of the gas from the distillation site. A significant amount of energy is expended in the fractional-distillation process, and additional energy is required to transport the nitrogen to the end-user. In contrast, an in-house PSA system simply requires a source of compressed air. Because the nitrogen is generated locally with a small energy requirement, it is quite likely that conversion to PSA generation of nitrogen will lead to a significant “green” credit for a pharmaceutical company that is not in the immediate vicinity of a fractional distillation site. A green credit also arises from the fact that it is no longer required to transport liquid nitrogen over significant distances. In addition, a significant amount of the power used to generate the nitrogen can be recovered by using an energy recovery-type system with a water-cooled air compressor (i.e., the electric energy used in the compressor can be transformed into heat and used elsewhere).

In-house generation of nitrogen for pharmaceutical manufacturing via the pressure-swing-adsorption technique can reduce the economic and environmental costs of providing the gas compared with fractional distillation followed by transporting the gas to the user’s site. The magnitude of these benefits is especially significant when the manufacturing site is distant form the location of the distillation site. An in-house pressure-swing-adsorption system with a two-vessel design with appropriate valving and control system can provide the gas on a continuous basis. The system automatically responds to changes in the nitrogen demand to minimize power consumption and valve usage.